Book of the Week: When Stars Are Scattered 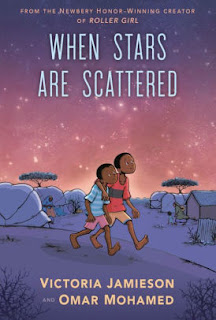 by Victoria Jamieson and Omar Mohamed


Separated from their mother when soldiers attacked their Somalian village, Omar and his brother, Hassan, live in a sprawling refugee camp in Kenya, watched over by loving foster mother Fatuma. Fiercely protective of Hassan, who has a developmental disability and experiences seizures, Omar hesitates to begin school, but excels in his classes once he does. School provides structure to the otherwise long, monotonous days, which become years, of waiting: to be called for an interview, to be told they can be resettled in North America or Europe, to be reunited with their mother, whose fate is unknown, although Omar searches for answers every chance he has. This personal memoir, a collaboration between Omar Mohamed, who now works in refugee resettlement, and graphic novelist Victoria Jamieson, details the specifics of Omar and Hassan’s lives, including their friendships with others in the camp. In doing so, it illuminates the hardships of refugee life in general—crowding, food and water shortages, hopelessness—the challenge for people with disabilities, and the particular situations of girls and women. Colorful, expressive illustrations, a satisfying ending, and Mohamed’s illuminating author’s note with photographs, balance the very real trauma and pain of this moving story. ©2020 Cooperative Children’s Book Center
Posted by Megan Schliesman at 8:08 AM No comments: 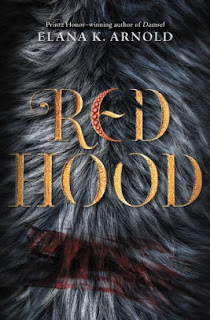 
Bisou was a little girl when her father killed her mother. Now 16, she's lived with her maternal grandmother, Mémé, ever since. When Bisou finally gets her period, she makes the discovery in an intimate moment with her boyfriend. Embarrassed, she runs off into the woods. In the dark, she senses something chasing her and discovers it’s a wolf, which Bisou kills in self-defense. The next morning, the naked body of one of her male classmates is found. It turns out Mémé has a secret: With her monthly blood came a calling and heightened ability to hunt men whose violence transforms them into wolves. Now Bisou bears the gift and the burden of being a hunter. Bisou has always known that some boys and men consider it their right to claim girls and women—body and being--as their own; she remembers her mother's bruises, and finding her bloodied body. Still, she’d never considered speaking out or taking action. Her classmate Keisha does speak out, challenging the behavior of one boy in particular whose harassment of Maggie, another classmate, is frightening. Folkloric elements amplify the harshest truths of misogyny, as well as female fear and rage, in this gripping tale. Bisou’s and Mémé’s hunting, while unsettling, is in response to violent, deadly intentions. The power of friendship, solidarity, and truth-telling among girls and women, and supportive boys and men, also resonates across this tense, arresting work. ©2020 Cooperative Children’s Book Center
Posted by Megan Schliesman at 6:00 AM No comments:

Book of the Week: Once Upon an Eid: Stories of Hope and Joy by 15 Muslim Voices 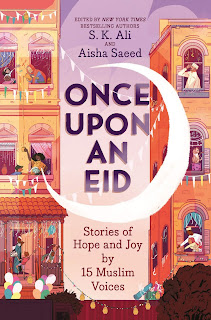 
The children, young teens, and families at the center of each slice-of-life offering in this vibrant collection come from many backgrounds and live in many different places. Each of them feels distinct, yet familiar and recognizable as they navigate feelings common to many children and teens regardless of faith or circumstance, such as being the new kid at school; or longing for traditions not to change; or feeling like an outsider in one’s own extended, bicultural family. Yet their Muslim faith is an essential part of their identities, and there is power in the breadth of these accumulated stories, all of which are set during one of the two Eid observances: Eid-al-Fitr or Eid-al-Adha. Vivid depictions of food, family dynamics, and friendship are woven into these tales full of hope and generosity that feels genuine to each story. In their introduction, editors Aisha Saeed and S. K. Ali write that this collection offers the “cozy and familiar” for many Muslim readers, while also extending an invitation to non-Muslim readers to join in on the celebration of Eid. This open-hearted offering, comprised mostly of prose stories but also including comics and verse, succeeds beautifully on both counts. ©2020 Cooperative Children’s Book Center
Posted by Megan Schliesman at 6:00 AM No comments: 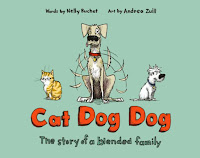 
This fresh, warm, funny account about members of a newly configured household learning to get along revolves around two dogs (one small, one large) and a cat. The small dog belongs to a white man. The large dog and cat belong to a brown-skinned woman. When the man moves in with the woman, the three animals have some adjusting to do. In a picture book perfect for beginning readers, the spare, repetitive text is limited to labeling the animals on each page (e.g., "Dog," "Dog Cat," "Dog Cat Dog"), incorporating an occasional surprise word related to several scenes ("Bird," "Frog"), including the surprise in the final one. The spirited ink and digital illustrations are full of humor in details familiar to any pet owner (3 boxes labeled “Dog Box” for the move; the animals' manic pursuit of one another; bed wars), while visual clues mark the passage of time across the seasons as the trio gradually moves from suspicion and uncertainty to a tight-knit bond. ©2020 Cooperative Children’s Book Center
Posted by Megan Schliesman at 6:53 AM No comments: 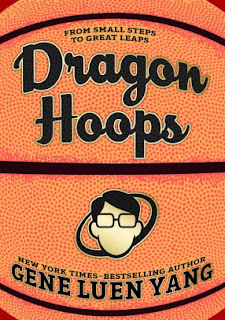 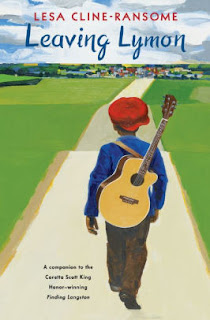 
With his daddy in Parchman Farms, the state penitentiary, Lymon is being raised by his grandparents in Vicksburg, Mississippi. After his beloved Grandpops dies, his aunts move Lymon and his grandmother, who can barely cope with her own needs let alone Lymon’s, to Milwaukee. When his daddy is released, Lymon hopes they’ll be together again, but Daddy makes promises he doesn’t keep, arriving in Milwaukee one day and leaving the next, always on the road for musical gigs. Lymon’s mother, who left him as a toddler, reappears on the scene when his grandmother’s health declines. She takes him to live with her in Chicago, where he has two younger half-brothers and a domineering stepfather. African American Lymon, who first appeared as a school-yard bully in last year’s Looking for Langston, is seen here from the inside out. A story spanning a decade, from 1938 to 1947, shows Lymon’s anger and sadness build across years of abandonment and, eventually, physical abuse. The constant in Lymon’s life is music, which he “has an ear for,” and it’s music that brings respite, and adults stepping up that bring Lymon hope, by story’s end. Cline-Ransome demonstrates her genius for depicting setting and fully fleshed out characters with an economy of style that makes for a quick, yet deeply satisfying reading experience. (KTH)  ©2020 Cooperative Children’s Book Center
Posted by Megan Schliesman at 6:00 AM No comments:

Book of the Week: Hike 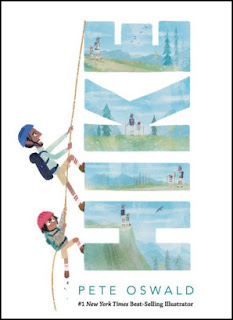 
A brown-skinned father and his child (who could be any gender) wake up before dawn, eat breakfast, pack their car, and head out of the city and into the wilderness, where they spend the day hiking. There are more than a few dramatic challenges for the adventuresome duo in this not-quite-wordless story, from crossing a creek on a single log bridge to scaling a steep rise. There’s plenty of nature appreciation, too (e.g., they stop to watch an eagle and later plant a small tree). Most of all, there is the camaraderie of father and child. Except for the judicious use of onomatopoeia, the muted watercolor illustrations tell the story of their day, which ends back at home as they place a selfie they took into a family scrapbook, next to photographs of three earlier generations of father/child hikers.  (KTH) ©2020 Cooperative Children’s Book Center
Posted by Megan Schliesman at 6:00 AM No comments: