Throughout the year as we read, we try to observe trends, themes, welcome surprises, and sometimes simple coincidences among the books published for children and teens. In 2015, one of the first things we couldn’t help but note as books came into the CCBC was the continued explosion in young adult fiction. Our shelves are still groaning under the weight of all that teen drama.

Among all those books were some themes and common threads. This included quite a few titles about teens with mental illness, ranging from anxiety to OCD to depression to schizophrenia, among them the National Book Award-winning Challenger Deep. This was also the year of the road trip in young adult literature. It was a device used with varying degrees of success, with The Porcupine of Truth among our favorites.

We also continue to see books that blur the lines between young adult and new adult. Taking Hold, which concludes Francisco Jiménez’s memoir cycle, follows him through graduate school at Columbia. The intriguing graphic novel Sculptor is about a fine artist in New York City. Sculptor is one of the several books we’ve included in Choices in recent years in which not only the audience but the publisher (in this case, First Second) is a crossover, with titles that are not always distinctly either young adult or adult.

There were a number of fine works of fiction for children, including one that broke new ground: the blithe and tender George, about a transgender child. It's among a few such titles, and has solid elementary-age appeal. Gender and sexuality were also given groundbreaking treatment for children in the outstanding informational book Sex Is a Funny Word.

The new baby/sibling theme in picture books seemed more abundant than usual in 2015, explored in a variety of freshly engaging ways in books such as DoubleTrouble for Anna Hibiscus, Rodeo Red, The Nesting Quilt, and The New Small Person. 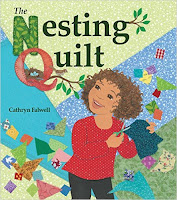 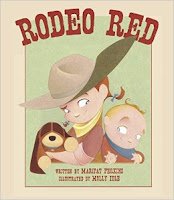 The picture books we found most arresting were those tackling difficult topics with incredible honesty and sensitivity. The extraordinary Two White Rabbits speaks in the voice of a child describing things she sees on a journey with her father. Only the essential illustrations reveal they are refugees fleeing toward the U.S. / Mexico border. The moving Mama’s Nightingale is in the voice of a young girl whose mother is in prison awaiting a deportation hearing. And reassuring Yard Sale speaks in the voice of child whose family is having to sell many of their belongings. 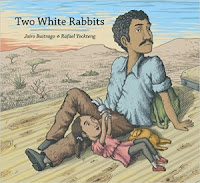 In nonfiction, while we continued to see fewer works of literary nonfiction, especially those of substantial length, there were again singular standouts, from Symphony for the City of the Dead to Most Dangerous to Funny Bones, among others.

Funny Bones, winner of the Robert F. Sibert Informational Book Award, leads us into what we consider the real story when it comes to children’s and young adult literature in 2015: increased focus on and discussion about multicultural literature. Some would say this began in 2014, with the launch of the We Need Diverse Books initiative, and that group’s work is welcome and critical. But many people of color and First/Native Nations have been drawing attention to issues of race and racism in children’s literature for years, as well as to the need for more books by authors and artists of color and First/Native Nations. 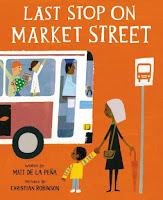 The 2015 ALA children’s and young adult literature awards, recognizing books published in 2014, were notable and invigorating regarding the diversity represented in choices across the awards (rather than seeing diversity only in awards whose purpose is to recognize books by authors and artist of color and First/Native Nations). That excitement continued with the recent announcement of the 2016 ALA awards, for books published in 2015, which reflect even greater racial and cultural diversity. The choice of Last Stop on Market Street, a picture book (picture book!), for the Newbery Award, written by a Latino author with an African American protagonist and illustrator (it also received a Caldecott Award honor citation for the art), was as deserving and welcome as the choice of Crossover last year. But the good news didn’t stop with the Newbery. Across the ALA awards, this year’s list of winners and honor books is one that reflects and speaks to multiple dimensions of the identity experience.

In the year between these two award announcements, a lot was happening in children’s and young adult literature and in our nation with regard to race and racism. It’s been a hard year in so many ways. Perhaps no book captures some of this agony as well as All American Boys, a groundbreaking look at racism, police violence, and white privilege.

Late in the year, a lot of attention in the children’s and young adult literature world focused on the depiction of enslavement in the picture book A Fine Dessert. There was also conversation about references to American Indians in the historical novel The Hired Girl. Those discussions were hard, painful, and honest in ways that weren’t always easy to read. They revealed not only how far we’ve come, but how far we have to go in our field in understanding racism and working to challenge it. Yes, what’s in a book matters. Of course it does.

The recent ALA awards make us hopeful. And so do many of the books we see from week to week and month to month, whether it’s a first book by a new author of color, such as Hoodoo or Blackbird Fly or See No Color; a new and essential perspective on historical events by a First/Native Nations author, like In the Footsteps of Crazy Horse or Hiawatha and the Peacemaker; or any of the other many other wonderful titles that we receive.

Increased diversity of representation within and across racial and cultural experiences in literature for youth, and indeed across the human experience, is not an option, it’s essential. So, too, is critical thinking in how such books are made. Children and teens deserve no less.

(Check back in the next week or so for our 2015 statistics of the number of bookspublished by and about people of color, which will also appear in the Choices 2016 publication.)
Posted by Megan Schliesman at 2:35 PM