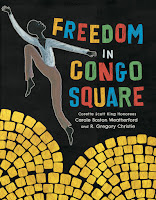 Freedom in Congo Square, written by Carole Boston Weatherford and illustrated by R. Gregory Christie, is the winner of the twentieth annual Charlotte Zolotow Award for outstanding writing in a picture book. The award is given by the Cooperative Children's Book Center (CCBC), a library of the School of Education at the University of Wisconsin-Madison, and will be presented in Madison this spring.
Carole Boston Weatherford’s potent picture book narrative begins “Mondays, there were hogs to slop, / mules to train, and logs to chop. / Slavery was no ways fair. / Six more days to Congo Square.” Congo Square, the Foreword explains, was a legal gathering spot for enslaved and free Blacks in New Orleans. The first 14 couplets count down the days to Congo Square, documenting the work of enslaved men and women as they labored in fields and in houses, in despair and in defiance, Monday through Saturday.  The remaining 11 couplets mark the transition to Sunday, and the gathering in Congo Square, spinning out details of music and dancing, chanting and singing, lifting spirits and hearts.  The deceptively spare text resounds with power and honesty, and is set against expressive paintings in which stylized, elongated figures carry out the heavy work of Monday through Saturday, before breaking free to move with fluid joy and abandon on Sunday.
Freedom in Congo Square was edited by Sonali Fry and published in the United States in 2016 by little bee books. 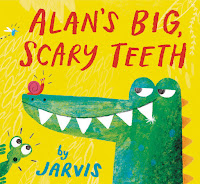 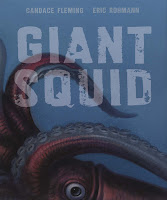 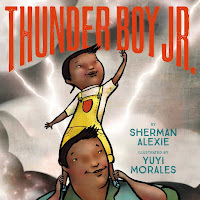 and Thunder Boy Jr., written by Sherman Alexie, illustrated by Yuyi Morales, edited by Alvina Ling, and published by Little, Brown and Company.

Posted by Merri Lindgren at 8:58 AM