This post is adapted from  "Publishing in 2016: A Few Observations," an essay that will appear in the forthcoming CCBC Choices 2017 publication.

Of the approximately 3,400 books we received at the CCBC in 2016, most from U.S. publishers, here’s the breakdown*:


(*As always, it’s important to note that these numbers are solely a reflection of quantity--or lack thereof--and have nothing to do with quality, which, as with everything we receive, varies widely. Additionally, the number of books "by" does not refelect the number of individual book creators in each category, as a number of authors and illustrators created multiple books. Finally, the numbers will change slightly as we continue to receive a stray title or two. Check the statistics on our statistics on our web site for up-to-date numbers, including a breakdown by U.S. publishers only.)

As part of the CCBC’s ongoing work around diversity in children’s and young adult literature, 2016 marked the start of a new project for us: a diversity analysis of the picture books we receive. We haven’t quite completed the work of looking at 2016 titles in depth (that will be a future post), but, anecdotally, we can say this: in picture books featuring humans (as opposed to animals or inanimate objects) as principle characters, the default is still to whiteness (that is, white characters). Having said that, we can also say that a definite trend is to make some main characters brown-skinned, with no identifiable culture or cultural content to the stories. While this cannot and should not be seen as a substitute for books with cultural content, it is not unwelcome when care is taken to avoid stereotypes in representation. (A future post will discuss how we evaluate these books in terms of our counts.) 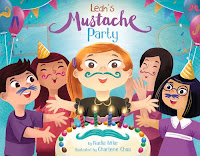 It was also, thanks in part but not whole to Canadian publishers distributing in the United States, an unusually bountiful year for outstanding Native picture books, including My Heart Fills with Happiness, Leah’s Mustache Party, The Owl and the Lemming, Thunder Boy Jr., and We Are Not Alone, among others.

The #OwnVoices movement was one of the most important developments of 2016 for all of us who care about books for children and teens. The hashtag, coined by author and disability advocate Corinne Duyvis (On the Edge of Gone), promotes the importance of books created by cultural insiders to the identity experience they portray. It’s an idea that is both common sense and radical, and one that underscores the importance, too, of publishers seeking out new talent. Among the debuts of new authors of color we appreciated in 2016 are The Sound of Silence by Katrina Goldsaito, and Riding Chance by Christine Kendall.

Two broad categories--Asian/Pacifics and Latinos--saw a notable jump in numbers this year for both "by" and "about." The numbers for African and African Americans and First/Native Nations remained disappointingly static or dropped. Those mixed numbers reflect our mixed feelings: It’s both an both an exciting and frustrating time for multicultural literature advocates. Some of the excitement is familiar. Each and every year, there are wonderful new books. Among the many 2016 titles we’re eager to share with librarians and teachers across Wisconsin and beyond are Ghost, Makoons, Outrun the Moon, Playing for the Devil’s Fire, and many others. Some of the excitement is a direct result of social media providing wider visibility to the current era of this advocacy work, giving the voices of people of color and First/Native Nations and their allies in the world of children’s and young adult literature greater reach.

The field of children’s and young adult literature is not removed from our society as a whole, so the fact that we are still having these conversations is, on the one hand, no surprise. But it’s also a field in which so many of us, from authors and artists to editors and publishers to librarians and teachers, believe in the power of books and reading to change the world.

We are dreamers and we are doers, and we can change the world by showing all children that they are seen, and valued, and respected, book by book.

Posted by Megan Schliesman at 10:37 AM